skip to main | skip to sidebar

The Stormies Project is a unique opportunity to have an exciting time as part of a research expedition looking into the impacts of climate change on the smallest (and cutest) Atlantic seabird - the European storm petrel (stormie for short).
Anyone can join, no previous experience needed and you are guaranteed to have an amazing time with the stormies, while enjoying the sun and the beautiful food in the south of Portugal.
Dates:
Team 1: 26th May - 4th June
Team 2: 5th - 14th June
Team 3: 15th - 24th June
Team 4: 25th June - 4th July

Prices (include, insurance, accomodation and food for 9 nights / 10 days and all the expenses related to fieldwork - transport, equipment, etc): £550 / 640 €

A unique opportunity is available for volunteers to join our storm petrel project in Portugal for 10 days during June 2013.

The birds...
Storm Petrels (or “stormies”) are tiny sparrow-sized seabirds that traverse the globe on their migrations, only rarely coming to land. 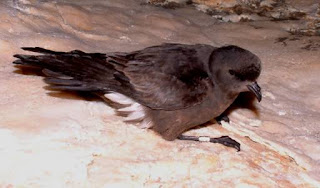 A storm petrel carrying an individually numbered ring. This bird was originally ringed in Scotland, and subsequently re-caught in Portugal.

A "stormie" at sea

The Research…
Since 1990 stormies have been the focus of one of A Rocha Portugal's long-running research projects, on the impacts of climate change on marine ecosystems. The project examines the links between climate, oceanography, marine food-webs and the diet and migration strategies of storm petrels. See the numerous other postings on this blog for further details of our research and to see photos of previous storm petrel teams in action 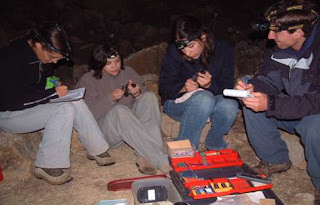 Members of the research team hard at work
The participants...
Each year, we welcome volunteers from all around the world and of all ages, to take part in this exciting and topical research project. Small teams of 6-8 volunteers stay for 10 days each, working alongside scientists from Cardiff University and A Rocha Portugal. No previous experience is necessary, just enthusiasm and a reasonable level of physical fitness; all necessary training is provided. 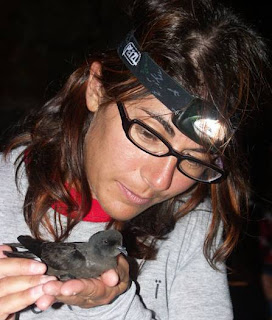 Manuela, a volunteer from Italy

The location...
You will be based at A Rocha Portugal’s Bird Observatory on the Algarve coast. 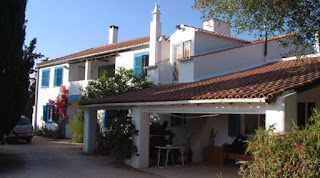 Stormies are captured at night at a beautiful and remote location near the western Cape. Sound recordings of the storm petrel's songs are used to lure the birds into mist nets, from which they are carefully extracted by trained bird ringers, then weighed measured and quickly released.

Good food, a warm welcome and impressive facial hair are the observatory’s specialities! 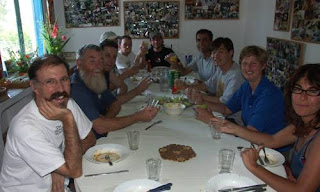 The project staff...
Gui Rethore, A Rocha biologist and coordinator of A Rocha's Ecoservices enterprise, providing exciting encounters with Portuguese wildlife throughout the year. One of Gui's many roles is to host the Storm petrel project teams and coordinate the bird ringing data collection. 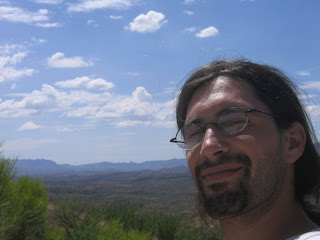 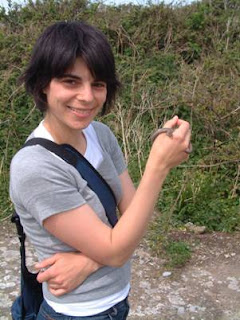 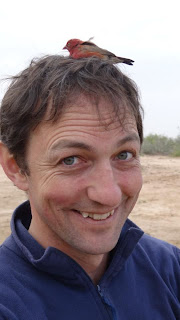 2013 dates
Team 1: June 3-12
Team 2: June 12-21
Team 3: June 21-30
2013 prices: £ 550 per person for 10 days Includes accommodation, good food and all research expenses
(travel to Portugal and travel insurance are not included).
A number of student/pensioner discounts may be available (details available on request: contact renata_jorge@hotmail.com ) 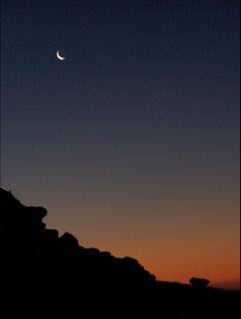 The 2012 storm petrel season is underway, and off to a cracking start with 75 birds caught by team 1, including two previously ringed in the UK! Team 2 caught another 144 stormies, including two more UK-ringed birds and one Danish-ringed (presumably from the Faroe Islands). Team 3 caught 84 stormies, including 1 Spanish ringed, 2 more UK ringed and a night of 33 -the biggest single-night catch since 2009.

Hot news for this month is the acceptance for publication of Renata's latest PhD paper:
Renata Medeiros et al. Molecular evidence for gender differences in the migratory behaviour of a small seabird. PLoS One

...and another of our research group's papers is published this month:
Louise Soanes, Rob Thomas & Mark Bolton. 2012. Evaluation of field and analytical methods for estimating the population size of burrow-nesting seabirds from playback surveys. Bird Study, iFirst 2012 1-5.

First bird out of the net in 2012, wearing a British ring -what a start! 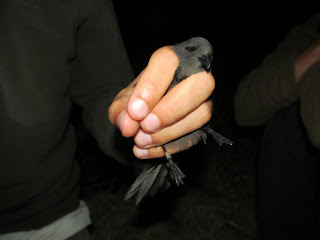 On nights in green, the Secret Weapon (dimethyl sulphide) was used as a scent lure.
Posted by Rob T at 10:56 PM 4 comments:

Team 3 at the Cape 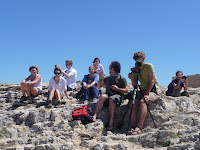 Swimming near the Cape 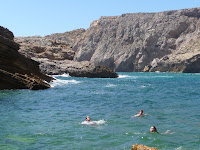 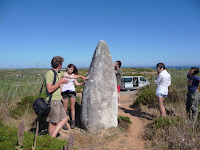 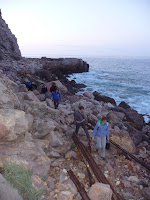 Note to Rebecca's mum; we are feeding her well! 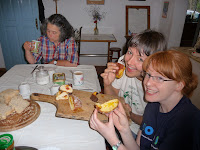 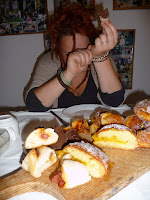 Team 3 night off; all ready for the big night out in Alvor! 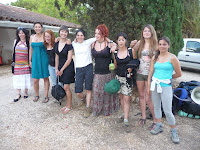 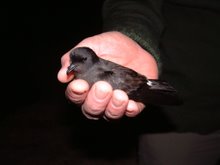